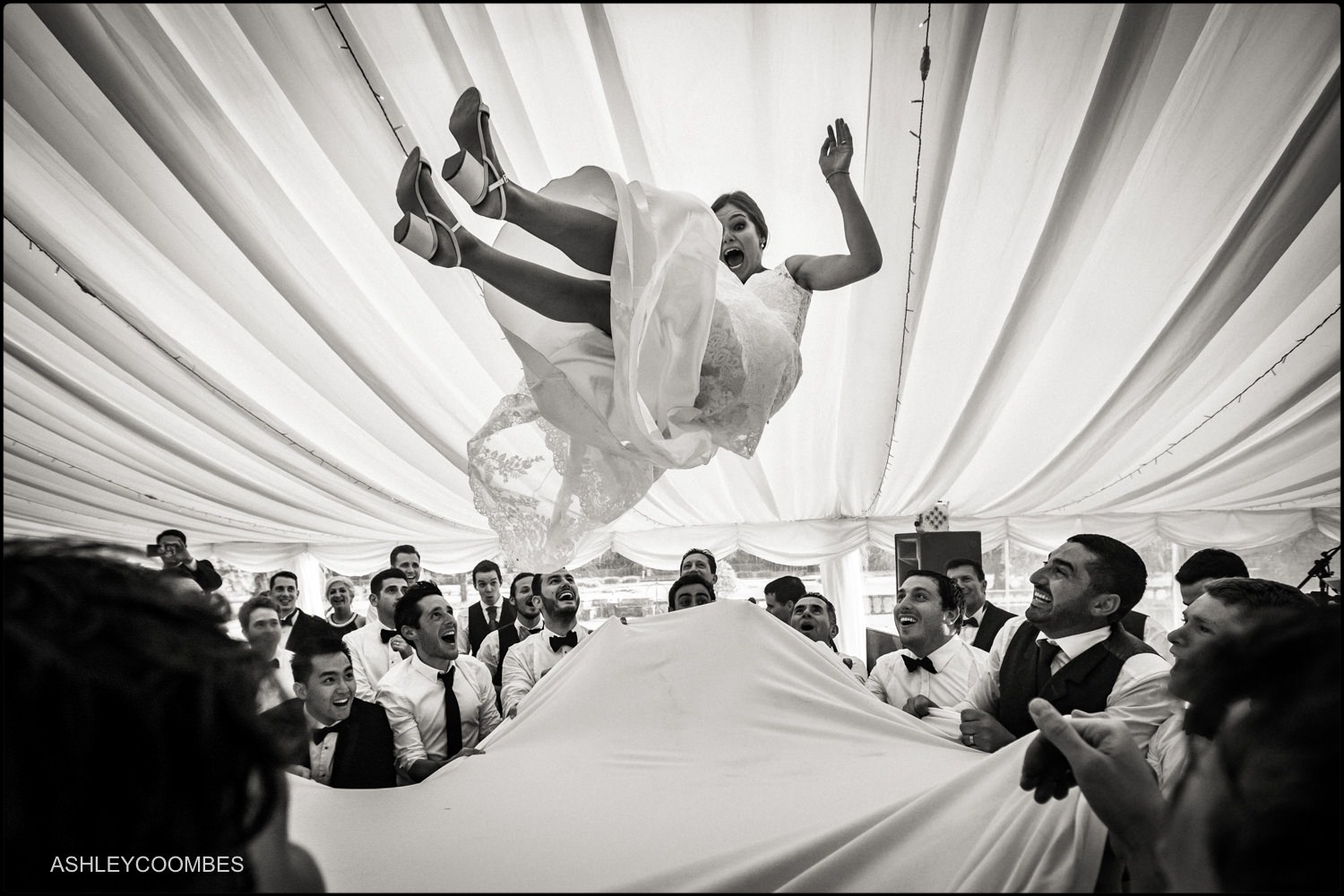 Back in June I was lucky enough to go to Duntreath Castle in Stirlingshire to photograph this wonderful Jewish wedding.

Nicole and Jonny had first contacted me from Australia where they were living at the time to chat about their amazing wedding plans.

Before I tell you more about their wonderful Jewish wedding, please have a look at this wedding photo film of some of my favourite images of the day. Sit back, turn up the sound and enjoy…..

I hope you enjoyed it – I certainly did! The energy in the marquee during the dancing was amazing. I’ve been to quite a few Jewish weddings and the atmosphere and sense of celebration is usually pretty special. This one was incredible!

The day began in a blaze of sunshine at High Ward’s House near Duntreath where everyone was staying and any worries of a rainy day were evaporating fast. Preparations for Nicole and the girls were well underway when we arrived…. the boys were playing pool!

Duntreath Castle was looking absolutely perfect as I drove down the gravel drive towards the medieval Keep. The Tisch was held in an upper floor of the Keep which provided very atmospheric surroundings for such a traditional part of the day. For those of you not familiar with the customs of a Jewish wedding, the Tisch is the part of the day where the men gather for declarations, songs, toasts and general entertainment of the groom before he heads off to the Bedeken – the veiling of the bride.

After a beautiful ceremony and drinks on the terrace we returned to the marquee where the wedding feast began. Fabulous dancing, great speeches (some emotional, some hilarious), dinner and then more dancing.

As a documentary wedding photographer, it’s an absolute pleasure to be able to tell the stories of weddings like these. There are so many wonderful interactions going on everywhere for me to capture candidly and authentically. I build all these moments together to tell the story of the day. It’s the visual narrative which will hopefully help Nicole and Jonny to keep the memories alive and fresh for their whole married life together.

If you haven’t already, have a look at the photo film above or if you’d like to see the stills, you’ll find them below.

I really hope that you enjoy the pictures from Nicole and Jonny’s very special Jewish wedding in a Scottish Castle.

Stills from this Jewish Wedding at Duntreath

It’s all about authentic storytelling…… genuine emotive photography not standing and posing all day.

If you are thinking about booking me for your Duntreath Castle Wedding Photography (or anywhere else for that matter), please don’t hesitate to get in touch to chat through your plans and see if I have your date free.

Thanks to Cameron Phillips for shooting this wedding with me.